How time flies. Just saw the third opera in Wagner's Ring cycle via Met telecast. Only one left now: Goetterdaemmerung.

This Siegfried was pretty much two and a half acts of pure delight, though some of it probably not quite intentional, and then 40 or so really underwhelming minutes with Bruenhilde. The stage machine actually worked like it was supposed to, - a bit noisy but c'est la vie. It really does create magical sets, so perhaps it was worth all that moolah.

Everyone returned from the previous productions, - Mime (very clear and quite powerful, especially in contrast to reedy Siegfried), Wotan (Bryn Terfel, fabulous from habit to boot), Alberich (delicious), Fafner, Erda, and Bruenhilde (even more meh than last time - Voigt sounds rather screechy on high notes). The tenor singing Siegfried, however, was an understudy, this aw-shucks middle-aged guy from Paris, Texas. Not a big voice but a sweet one, a lyric tenor instead of a Heldentenor. Quite suitable to sing a 17-year old boy, but perhaps not quite as suitable to sing a 17-year old demigod. He did his best to gambol on stage, but he couldn't quite recreate Siegfried's off-putting masculine teenage aggression, so he just looked like a frolicking golden retriever. He's also plainly not used to having an HD camera trained on him, unless he really did intend for all those adorably puzzled faces to be seen by everyone. Perhaps he did - he certainly played Siegfried silly and dit-witted to the hilt.

But the biggest laughs came during intermission, when he would retreat backstage. Since this was a telecast, he got ambushed by Renee Fleming with a microphone after every act. Imagine Siegfried striding backstage in his armor, the sword Nothung in hand, tall, broad, with a great blonde mane halfway down his back, suddenly blinking his baby blues helplessly at the nice lady and meowling: "Oh my Gaaaawd this is so haaard!...I have no oxygen left in my braaaaain!.." Then the camera would follow him to his room, and all the females in the movie theater would exhale this massive "Aaaawww..." watching him crash on the couch and curl up around a blanket. In some ways, it was a perfect continuation of the opera itself: not exactly Siegfried the Blond Beast; more like Siegfried the Blond Moment.

The person who left this comment said it all: "плавно открывающийся портал в ад﻿ оставили за кадром." (The gradually opening portal to hell was left off camera.)

Can someone become a hipster by accident? I don't smoke anything, drink Pabst or any kind of coffee, wear large glasses, sun or otherwise, or sport funky angular hair in colors never found on mammalian heads in nature. I do not live in Brooklyn, and I don't own a fixed-gear bike, or any bike for that matter. All the computers in my house run Windows. I can't play guitar, and I find Zooey Deschanel mildly irritating.

If you think about it, damnation in this case can actually be self-dispensed: the subject's very reaction to that beautiful moment dooms them to suffer through unchecked delectation. Even if the moment reflected virtue in the subject, dwelling on it would constitute the sin of pride - and what if it didn't?

Conclusion: never read either Aquinas or Goethe before bedtime.

Re-read a couple of years of entries archived here. Good Lord am I dull. XD

Momentous news: I have acquired a Stoppard number. I believe it's 3. I'm currently translating into English a fantastic two-act play that received an award from the Free Theatre of Minsk, where Sir Tom Stoppard is on the Board of Trustees.

In the back of my mind, I'm frantically calculating the odds that this project might grant me entry into some sort of a pro-dissident gathering in NYC. I just want to talk to Stoppard in person once in my life, not as a smitten tongue-tied fangirl but as something approaching a *colleague*...

Oh, who am I kidding. I'll probably just blurt out something idiotic, retreat into a corner and hide behind a tall glass of vodka for the rest of the night.

Time to prepare for NaNoWriMo. This year, the draft will LIVE.

Command given by Obama to the SEALs: 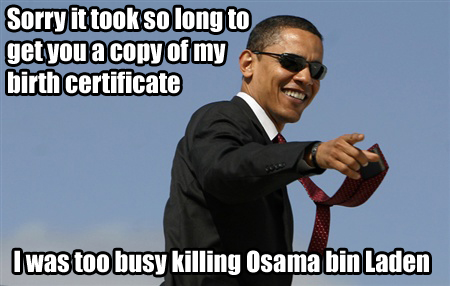